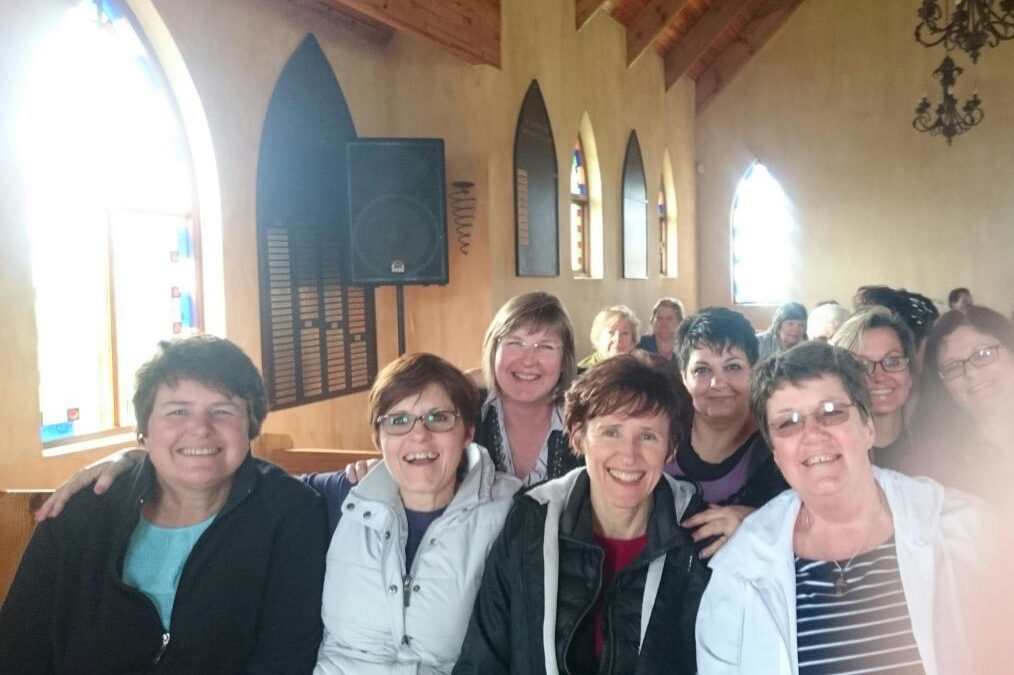 What I got out of this weekend was that God keeps His promises, but even more than that, He makes promises and we can own those promises. I grew up with a mother who commanded and a father who was silent. The words that still try to echo in my memory: “I don’t make promises because if I can’t keep them I have broken my promise.”  To me that meant, “don’t expect anything”.

At the 2014 Come Away weekend I remember telling Heidi “I’m 52 years old, I shouldn’t be afraid of my mother,” and collapsing in tears. That was the first time I had admitted that I had a big problem. My mother’s influence was such that I would manipulate my husband into doing things that she thought were a good idea. Things that didn’t even include her; things that only involved my household. Its such a sad state of affairs to think that I didn’t value my husband’s  opinion or even my own enough to make up my own  mind.

A small child needs to be taught and controlled to an extent and I was very well taught. Taught to always obey without question, but that continued into my teens and adulthood, and that led me to believe that my opinions actually didn’t count. Over the years God had freed me from a lot of the chains. This weekend joined the last dots to complete the picture. The picture I see now is one of an adult who can stand her ground and also stand on the promises that a loving Father made. The Father who has a Son who intercedes for me. For ME. I am special enough that my opinions do count.  I count it as absolute joy that what I can tell my Father what I need and that He listens to me. I am special enough that He trusts me to minister to others without having to ask permission first.

My heart mingled in the water with all the other hearts – they all look exactly the same – some aren’t more special to Father than others. My sisters at the retreat weren’t more or less in the eyes of out loving Father. My cup is empty of the fear of people and their opinions. It is full of gratitude and expectation as to where He is going to lead me next.